The process of glass casting is multistep, involving creation of molds from wax or clay forms. This allows for repetition of forms, and the opportunity to explore a subject in variation.

In 2020, home had a special meaning. Because of the pandemic, home was a refuge and prison at the same time. Home protected us, but for those of us living in the woods it also made us vulnerable to the wildfires that swept the region. And home was a place where we watched the Black Lives Matter movement grow, erupting in protests against social injustice.

These headless female figurines represent the options we have and the choices we make. 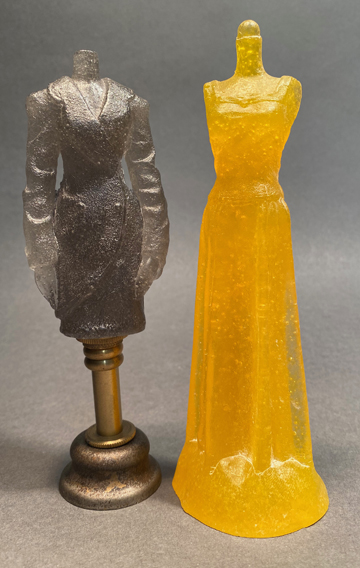 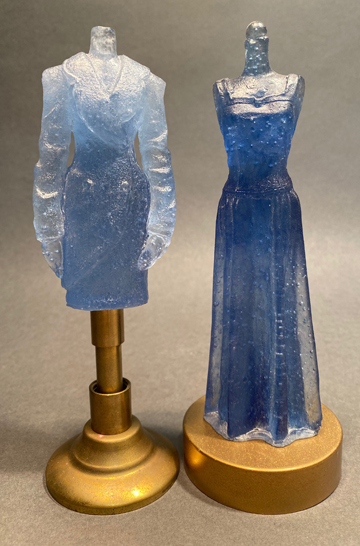 ﻿This series began at a workshop in Northlands, Scotland in 2018. During breaks we went to the beach, where I collected various rocks. The idea of tenderly enveloping something as dense and impermeable as a rock with clear, luminous glass appealed to me. 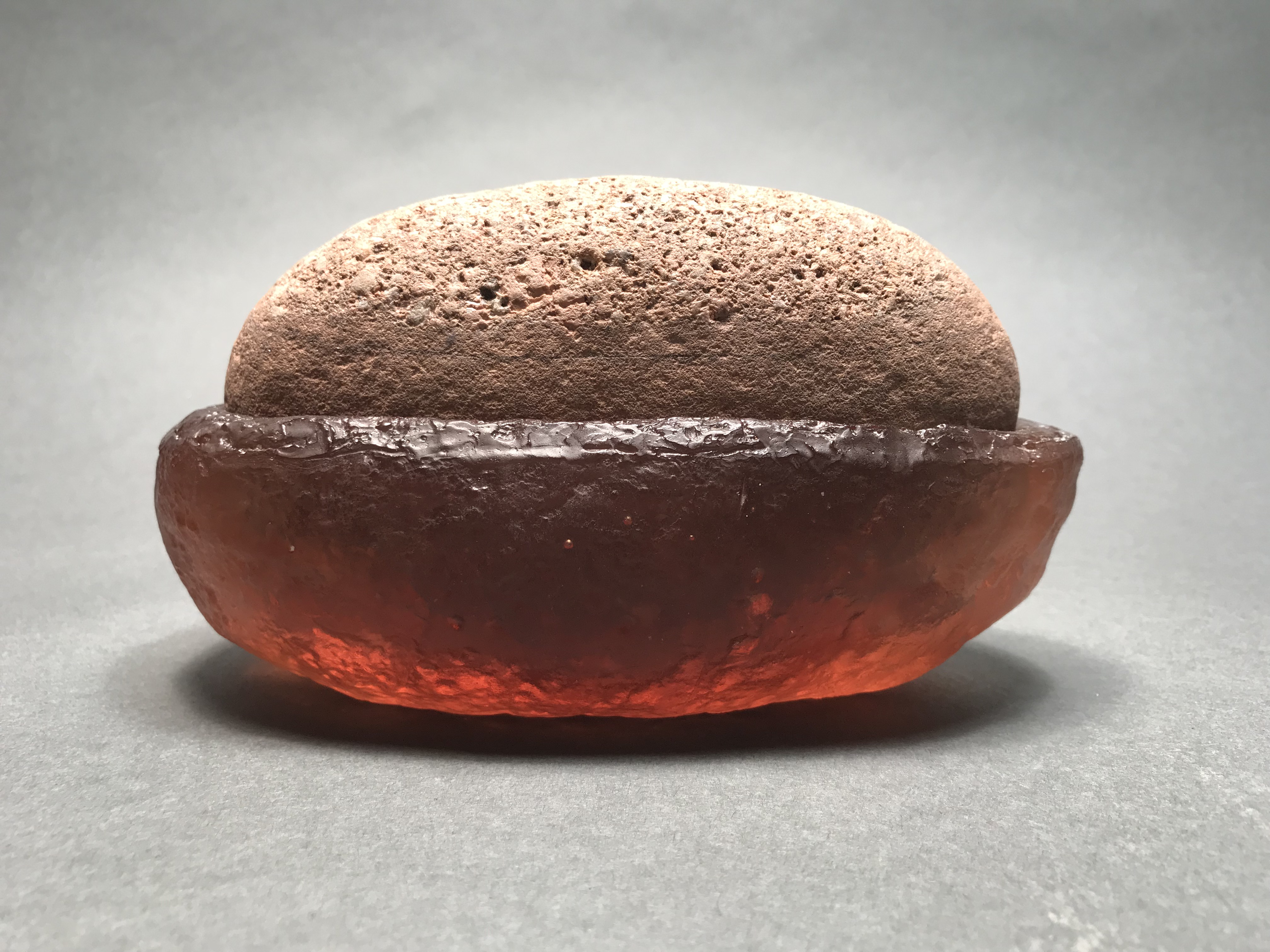 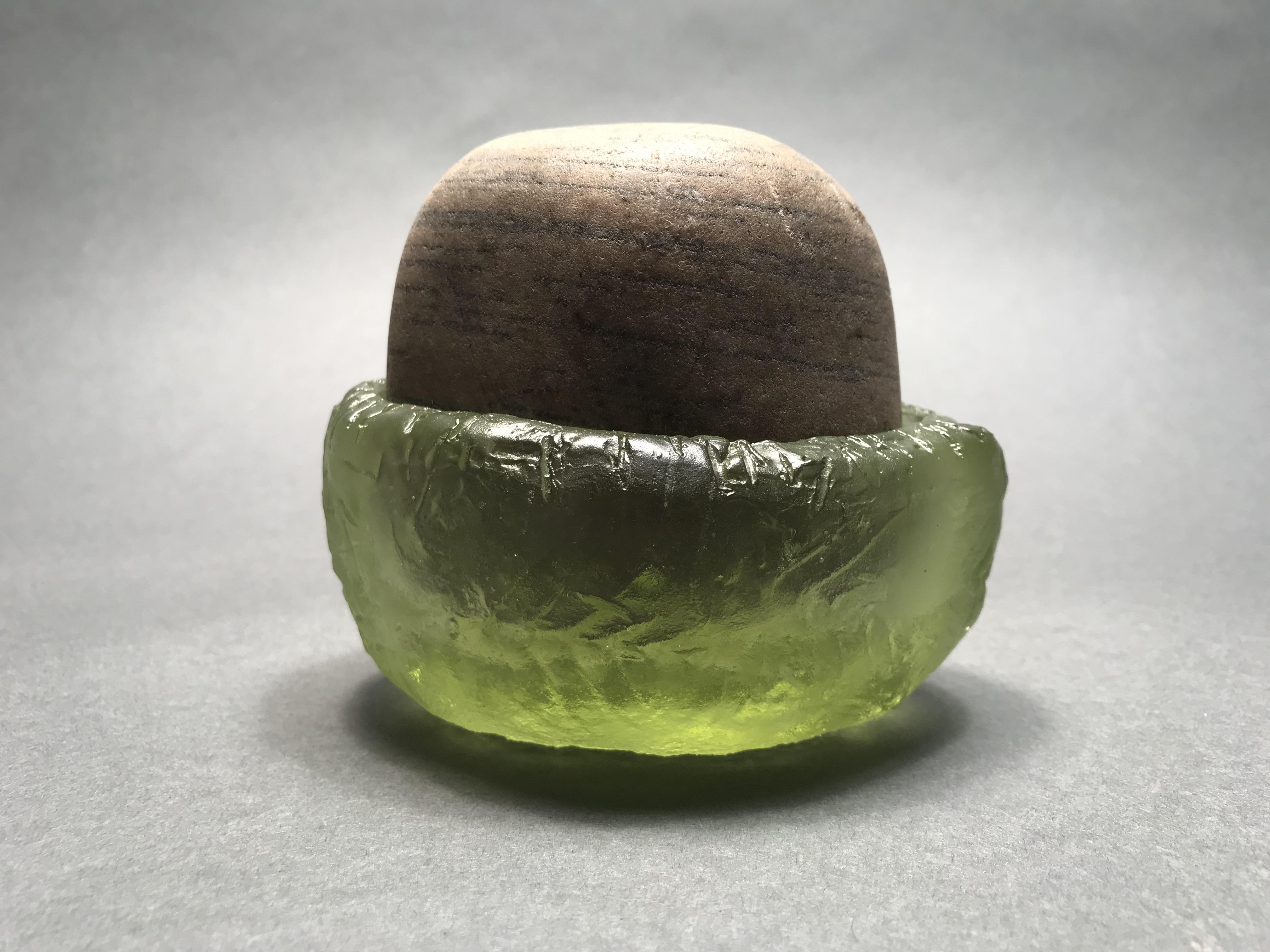 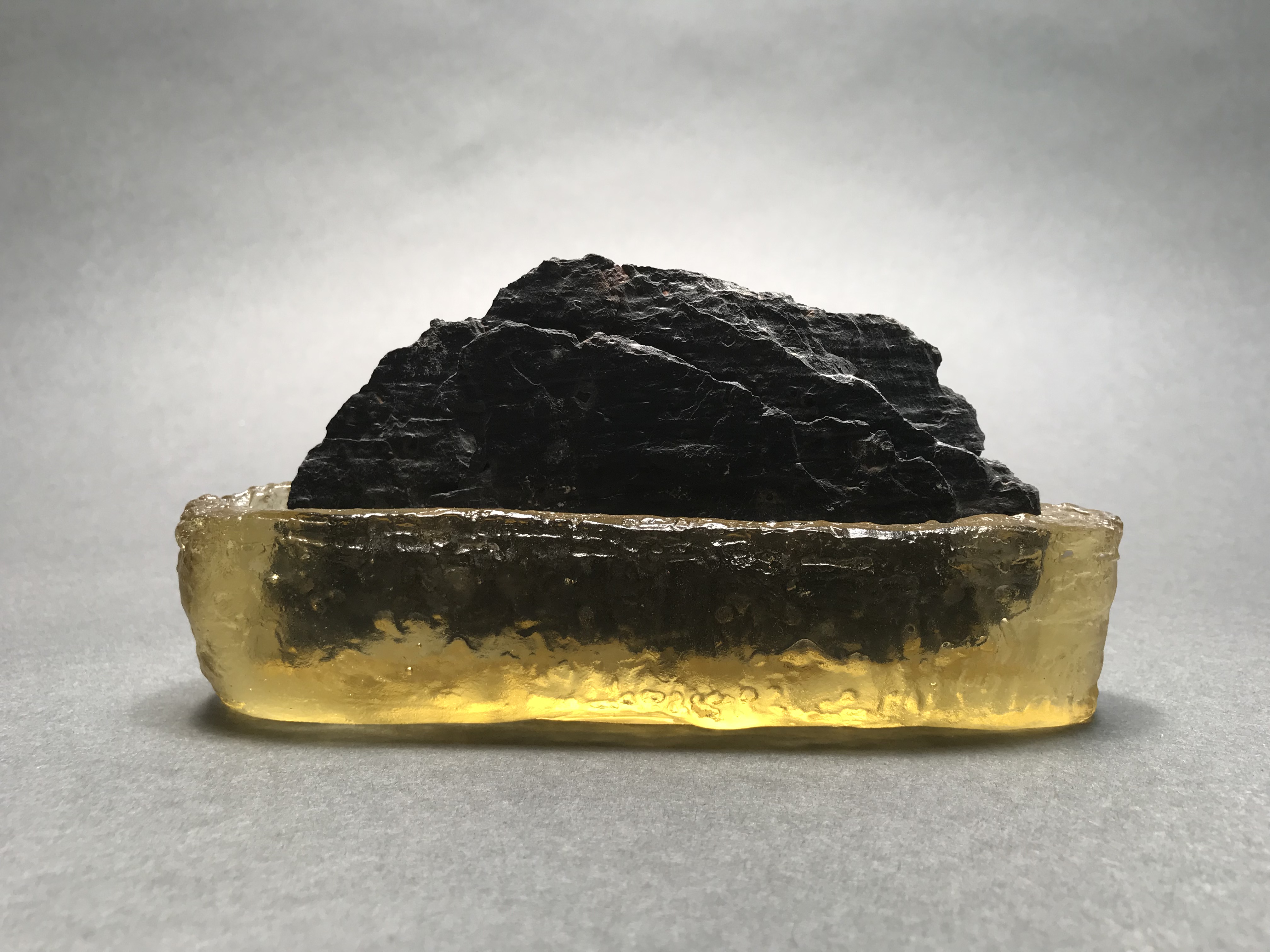 Where I grew up, the closest piano teacher lived in the convent. As a child, and non-Catholic, I was terrified of going there: the dark halls, shadowy sisters in the background, and the rumors told my Catholic friends. My teacher, Sister Margaret Anita, was stern and I never saw her smile, but she also never rapped my knuckles. Maybe my being a Protestant made that off limits. Who knows. I doubt it was because I played the piano so well. Over the years I've collected stories of experiences with nuns and this series has allowed me to share some of them.