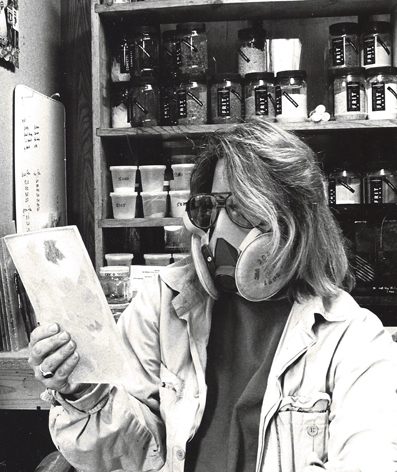 Jerri Bartholomew is a research scientist and a glass artist. Her artwork searches for the intersection between the two disciplines and how they inform each other.

Her topics often focus on ecology and the microbial world. She combines photographic screen printing and a variety of fusing, casting and cold-working techniques to create complex imagery that reflects the natural world.

She earned a Ph.D. in Microbiology at Oregon State University, where she is currently a Professor and Director of the J. L. Fryer Aquatic Animal Health Laboratory. For more information on her science visit her website.